Arlen was born September 26, 1941 to Carl and Georgetta (Wellman) Rumer and raised on their farm in Wimbledon. He began his education at Uxbridge School, graduated from Wimbledon High School in 1959 and attended the North Dakota State College of Science in Wahpeton as a Mechanics major.

Arlen farmed alongside his dad throughout his youth and took over its operation upon his parents’ retirement. In 1966, he married Jeanette “Jan” Schock, with whom he had two daughters, Kimberly and Kari, during their seventeen-year marriage.

In 1983, Arlen wed Lori Kay Strowbridge, to whom he was married the rest of his life. He and Kay lived on the family farm until moving to Jamestown in 2020.

Arlen served on the board of the Prairie View Cemetery for many years and was a member of the United Methodist Church. He enjoyed visiting friends at neighboring farms over morning coffee. He was fond of riding horses — especially Ginger, his mare of 30 years — and later his four-wheeler.

Arlen loved to travel. He and Kay visited all 50 states and every Canadian province, most often in their camper. He enjoyed reading and going to the movies. He was especially fond of Western films; among his prized possessions was a photograph taken alongside his boyhood movie idol, Roy Rogers.

Most important to Arlen was his family. He was a devoted son to his parents and considered his dad his hero. He enjoyed welcoming his children and grandchildren home when they came to visit.

Arlen is survived by his wife of 38 years, his daughters Kimberly (Steve) Jones and Kari (Ben) Court, stepdaughter Paula (Wayne) Dickerson and stepson Eric (Leticia) Stormoen, seven grandchildren, four great-grandchildren, sisters LaVonne (Vernon) Anderson of Jamestown and Carol (Jack) Davis of Arizona, and his very special cousins. He was preceded in death by his parents Carl and Georgetta Rumer.

No services are planned at this time. Arrangements are in care of Eddy Funeral Home. 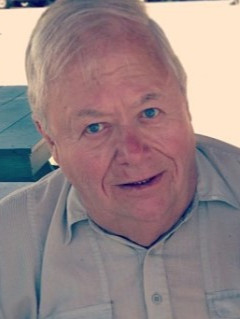