Darwin, age 84,  passed away peacefully on January 24, 2022 surrounded by his wonderful family at his side at Guardian Angels in Liberty Lake, WA.

Darwin was born in 1937 in Castlewood, SD. He and his parents, Clarence and Josephine, moved to Montpelier, ND where his father was a butcher and farmer before moving to Jamestown, ND. His father worked for Chevrolet parts department and retired from John Deere.

Darwin attended school in Jamestown and graduated from Jamestown High School in 1955. He attended TCU while in the Air Force and was a graduate from the Graduate School of Banking in Colorado.

A highly successful banking career took Darwin and his family on a wonderful life adventure through North Dakota, Minnesota, and South Dakota working for First Bank System. Darwin moved his family to Washington State where he worked for Bank of Kirkland, Northwest Bank, and Key Bank. He and his family met many wonderful people and left their imprint on the hearts and communities they lived in.

Darwin retired after 48 years in banking. Being a “people” person, Darwin pursued his administrator’s certification through Oregon Health and Sciences in Senior Living. He used that certification taking care of seniors at Living Court in Enumclaw, WA and Sullivan Park in Spokane, WA.

Darwin and his wife, Dianne, moved to Spokane, WA in 2000 where he enjoyed spending time with his family and friends. Darwin was involved in Elks and Rotary Club. He loved singing in church choir and held various church positions through the years. He also enjoyed golfing and participating in his children’s and grandchildren’s sporting events and activities.

Darwin is survived by his loving wife Dianne, five wonderful children and their spouses and eight exceptional grandchildren. his smile and loving demeanor will forever be with us.

Services pending. In lieu of flowers, donations can be made to Advent Lutheran Church, Spokane Valley, WA or Spokane Hospice. 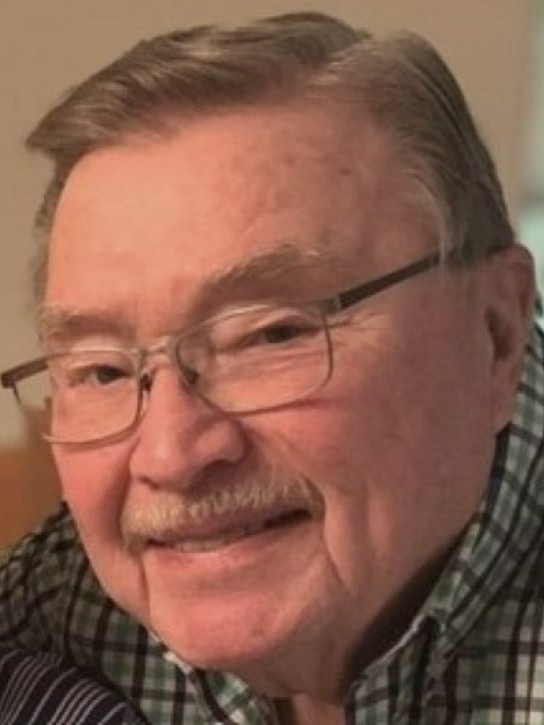