Dave was a man of many different trades. He was employed at Wedgcor Steel from 1977 to 2009. In 2009, Dave and Sandy were involved in a motorcycle accident and Dave was not able to return to work for a nine-month period. After a long period of recovery, Dave went back to work. He worked for Midwest Machine, Malack of Valley City, and Champ Industries USA until 2019 when he could no longer work due to the onset of COPD, Emphysema, and eventually lung cancer. Dave also enjoyed working on his computer and woodworking in the garage, doing different projects for friends and family.

He was preceded in death by his parents; grandparents; brother, Ron Farthing; three sisters, Judith Ann, Athena, and Leiliani. 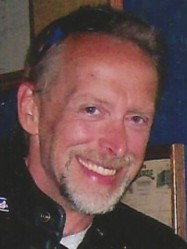