Deborah Gapinski passed away January 31, 2022 in the Jamestown Hospital after a long and courageous fight with cancer.

A funeral service will be held 2:00 pm, Saturday, February 5 at Oliver-Nathan Funeral Chapel, Valley City, North Dakota with visitation one hour prior to the service.

Deborah (Deb) Kay Bassen was born July 3, 1964 to William (Bill) Jr. and Wanda (Rasmusson) Bassen in LaMoure, ND. Impatient from the day she was born, she came 7 weeks early weighing in at only 3 lbs. 14 oz. But she was a strong little fighter and grew up (well, kinda grew up...only got to be 5 ft. 1 in. tall!) a strong young woman. She was raised on her parent’s farm near Litchville where she and her sister Lori helped with all kinds of farm chores, from baling, plowing, combining, and more. She even tried her hand at swathing but said her windrows weren’t too straight!

She was baptized and confirmed in the Trinity Lutheran Church of rural Litchville. She graduated from Marion High School in 1982 then went on to Wahpeton to the State School of Science where she earned her degree as a Licensed Practical Nurse. Her first nursing job was at the Jamestown State Hospital where she met a fellow worker Robert Burdick. They were married in 1988 and lived most of their married lives in Ypsilanti, ND where they raised their sons Marcus Stephen and Jon William.

Deb continued to work as an LPN at various locations, the Anne Carlsen Center, Veterans Home, and lastly Ava Marie Nursing Home in Jamestown. She loved working with the residents and they in turn loved her. Deb was known for her wonderful smile and loving ways, and was also loved and respected for her good “work ethic”. She was known as a speed demon for how quickly she moved. Her dad taught her it doesn’t matter how long your legs are but how fast you pull them up and put them down!

In 2015 she married Anthony (Tony) Gapinski. They made their home in Nortonville, ND. That is, it was their home if they weren’t out camping, fishing, hunting or motorcycle riding. Deb loved the outdoors. She also loved spending time with her family, especially her 5 granddaughters and 1 grandson. She played with them with the same gusto she had for life.

In August of 2020 she was diagnosed with stage 4 lung cancer that had metastasized and was forced to retire from working outside the home. But she tackled the cancer with the same fighting spirit she always had and had another year and a half to enjoy life.

Deb leaves to mourn her passing her parents, her husband Tony, her son Marcus (Tianne), her daughter-in-law Melissa Burdick plus her 6 grandchildren, Zalea, Zoey, Lylah, Harper, Harlee, and Logan. She’s also survived by 3 step daughters Jenna Koski, Jacque Lynn, and KayLynn plus 3 step granddaughters and 3 step grandsons. She will also be missed by her nieces, cousins, aunts and uncles, and numerous friends.

She was preceded in death by her son Jon, her sister Lorelei (Lori) Peplinski, an infant sister, and her nephew Joshua Peplinski. 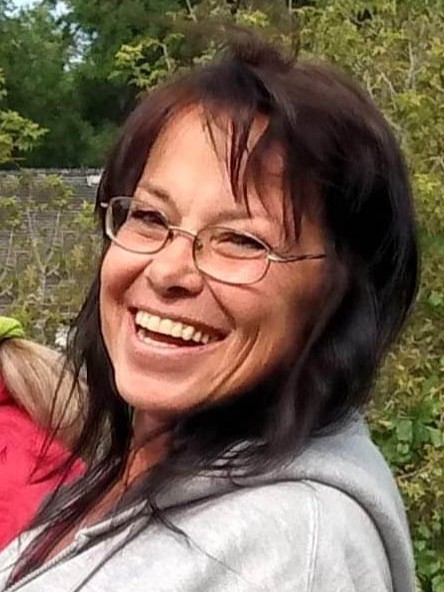