Don was born March 25, 1927 to Lloyd and Josephine (Anderson) Willey. He was the fourth of twelve children. His family lived in Windsor, ND and eventually relocated to Ypsilanti, ND. He married Leone Verdie Erickson October 17, 1947. Don and Leone established a life in Jamestown and had two children. They celebrated 70 years of marriage before Leone passed away in January, 2018.

Don served in the Army from 1952–1954 and was released with honorable discharge. He drove the Amphibious Ducks for the commanding officer in Greenland during his service in the Korean Conflict.

Don loved to play accordion. He started out playing guitar, bass, mandolin and banjo at a young age in his father’s family band. However, his favorite instrument was the accordion. Don played with the Rose Bud’s, the Frank Schardin Orchestra, the Old Tyme King’s and many other bands throughout the years. Don was featured on several recording projects with different bands and two solo projects. He had recordings on 45 RPM record singles, 8-track tapes, cassettes, 33 vinyl LPs & CDs. When with the Frank Schardin Orchestra, they had 45 RPM record singles at many juke box locations in North Dakota and nearby states. Don was inducted into the Dakota Musicians Hall of Fame in 2003.

In June 2019, Don moved to Fort Wayne, Indiana, to live with his son, Robert. Once in Indiana, Don and Robert joined Audiences Unlimited, entertaining audiences with musical programs in many of the area retirement and nursing homes. Don loved to be around family and especially enjoyed watching his great grandson, Oliver Hull. Don accepted Jesus Christ as his personal Savior in 2017 and looked forward to his “Heavenly Home.”

A memorial service will be held at a later date. 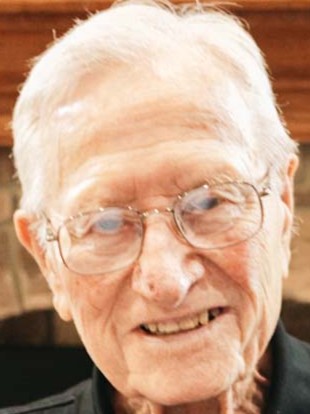