Evanda Rivinius Frey (Vannie to her friends) passed away peacefully on January 27, 2022. She was 100 years old.

Born October 8, 1921, at home in Streeter, ND, Evanda was the third of four children. While she knew her family was fortunate to escape the full brunt of the Great Depression, she embraced the lessons that many carried with them from that era. She believed hard work, self-reliance, resourcefulness, and discipline could solve any problem. She was stoic, stubborn, plain-spoken, and ambitious. She had a wonderful laugh and a touch of mischief. She knew life could be hard, but the rewards were plenty and she was never one to shy away from a difficult or strenuous task.

Enduring the harsh North Dakota winters, she spoke often of the grit it took to survive with limited heat and no indoor plumbing, and the planning it took to stock the food cellar for winter. “It would be very hard to go back to it all. At the time we didn’t know any better.” In 1939, Evanda attended North Dakota Agricultural College in Fargo at a time when less than 4% of women attended college. In her senior year, her father moved the family to California where she completed her bachelor’s degree in teaching at the College of the Pacific in Stockton. A whiz in math and science, she taught Home Economics at Lincoln Junior High School for over 5 years before settling down to raise a family.

At 25 she met her husband, Reuben. Although she had almost hit him with her car as he was jay walking across the street one day, they didn’t officially meet until the night her father died at the car races – Reuben was sitting in the stands behind her father, Philip, when Philip suffered a massive heart attack. That night, Reuben and his cousin went to her house and brought her the seat pillow her dad had been using. “And, of course, nobody was in any shape to talk much or anything.” Several weeks later, he showed up on her porch with a lug of tomatoes. “He said maybe I want to can ‘em. I guess he wanted to see if I could can or not.” She could and she did. After about a year, they married, and Evanda designed a home that they went on to build themselves – literally – where they raised 3 boys and where family, friends, grandkids, and great-grandkids visited for the decades to come.

As the one who managed the money, she was thrifty – very proud of the fact that they never incurred any debt and always paid their way. She was especially thrilled when, after diligent coupon-clipping, she actually got money back on her store visits. Her son Craig surmised that in a different time she would have been an architect, an engineer, or a financier most likely. She quoted him often saying, “Mother, you were born ahead of your time.” In 1962, Evanda and Reuben bought a piece of property in the Sierra Mountains and built a cabin, again, themselves. As with their home in Lodi, Evanda designed the plans, was active in building the frame and putting on the roof, and she carefully managed the budget, paying for it as they went. “The Cabin,” as it was always called, became legendary, not only for its beautiful setting, but for the realized vision she had of a place where they all could gather and enjoy each other’s company without the distractions of everyday life.

But, as anyone who knew Evanda knows, the one thing she wanted more than anything was to have a family of her own. “I treasure family.” These words were the compass she followed. If a strong family was what she wanted to create, the kitchen was her laboratory, and food was the bonding agent. Decade after decade she cooked. She taught friends, her children, grandkids, and great-grandkids how to make her signature dishes – kase knipfle, dumplings, borscht, and German Christmas cookies. Barrel chicken was not only among the top favorites, but also a rite of passage, an initiation into the family for newcomers. She organized the annual Rivinius & Frey picnics, making sure there was always way too much food. For Vannie, the kitchen was the nucleus, where she drew her strength, and how she hoped to pass along a bit of herself to generations to come.

Without a doubt, what she was most proud of throughout her entire life were her three boys, Phil, Craig, and Rod. Each extremely gifted in his own way, she appreciated their collective accomplishments while embracing their individuality. She loved being a mother and, when asked what the happiest times of her life were, she would say, “The time I could spend with them when they were older, and we could be friends.” She relied on them for their guidance and trusted their judgment. On her 100th birthday, her son Rod arranged for 4 weekends of celebration – complete with guests from around the country, her favorite signature German dishes, uniquely themed cakes, and even grand fireworks displays. There could have been no better way to pay tribute to Evanda. In reflecting on her long life, she said, “I got what I wanted. I got my family.”

Evanda is survived by her son Rodney Frey and his husband Jorge Barrera; grandchildren Wil (and Michelle) Frey, Karl Frey, Merideth (and Melvin Irizarry-Gelpi) Frey, Ann (and Josh) Kroll; Jesus, Richard, Manuel, and Juan Barrera-Frey, and 14 beloved great-grandchildren and one on the way. She is preceded in death by her husband Reuben, brothers Harry and Walter, sister Verna, and sons Phil and Craig Frey.

A Celebration of Life is being planned for Evanda this summer in Lodi if pandemic conditions allow. 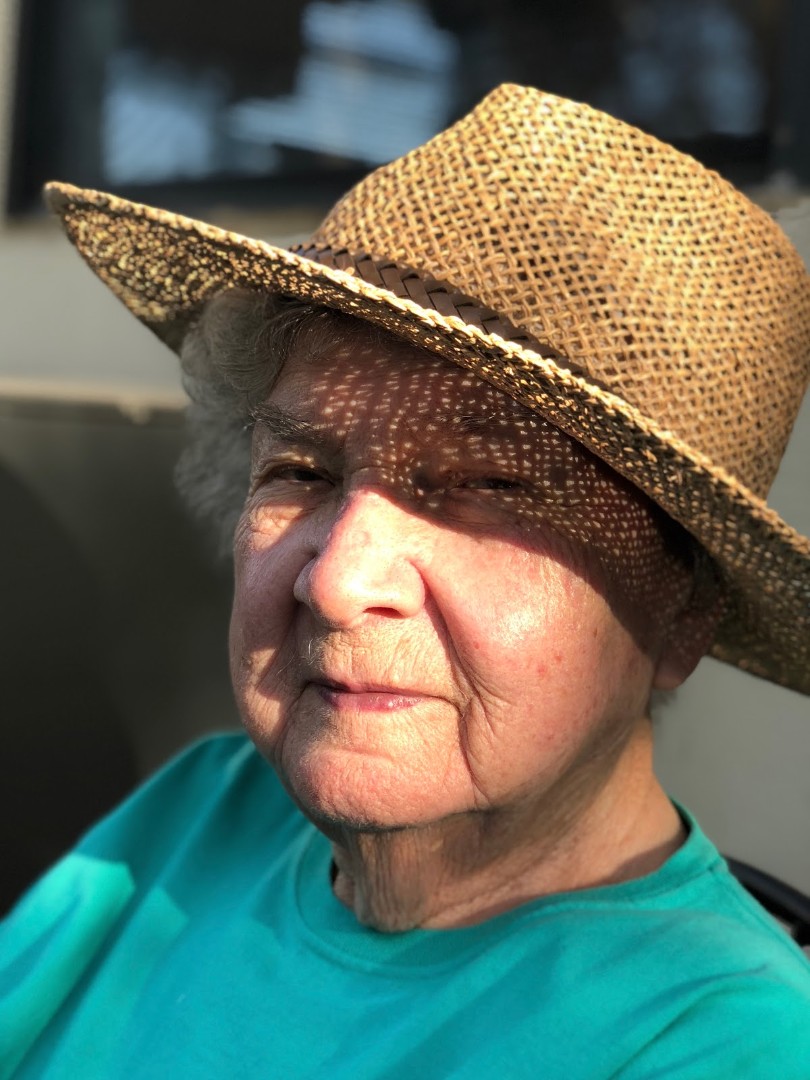