Garnet Myron Blouin, 91, of Fargo, ND, passed away with his beloved wife, Jean Prior on Wednesday, January 26, as a result of a house fire.

Garnet was born in Delamere, ND, on January 2, 1931, to Phil and Anna (Moxness) Blouin. He served in the US Army from 1954-56 in France and Germany and graduated from NDSU in 1960 with a degree in Agriculture. He worked for the Small Business Administration as a loan officer for more than forty years.

In 1958 Garnet married Joyce Colwil while attending college, they went on to raise four children and numerous foster children. He and Karen Carlson married 1992 until her death in 1998. Garnet married Jean Prior in 2001.

Garnet was preceded in death by his parents and his sister, Phyllis (Johnson). He survived by his four children, Dave Blouin, Kathy Blouin, Chad Blouin, and Missy Nelson; five grandchildren; and many nieces and nephews.

He will be remembered for his amazing work ethic and the ability to fix anything. There was never repair job he wouldn’t tackle. He was loved by his family and will be missed tremendously. The family wishes to thank the Fargo Fire Department for their service and bravery, along with the Salvation Army.

In lieu flowers, please consider donating to your local humane society in memory of their beloved Barney.

In celebration of Garnet’s life, a joint service will be held Saturday, February 5, at 1:00 PM with a visitation one hour before the service at Hope Lutheran Church (North Campus), Fargo, ND. A livestream of this service will be available on Garnet’s obituary page at www.wrightfuneral.com where you can also find a video tribute and online guestbook. 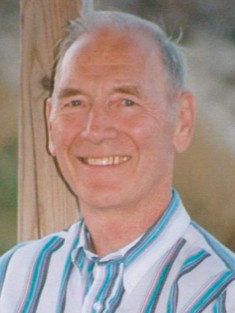