Harold F. Duebbert, born June 30, 1929 in Wellington, Missouri, was welcomed into his eternal home in heaven on January 18, 2022. Many were blessed to know him as a gentle, loving, kind, peace-loving man who cherished his family and friends. He had a deep appreciation for the simple, serene, sacred moments, as he basked in the magnificence of God’s Creation.  After graduating from Central Missouri State College in 1951, Harold served his country in the U.S. Army (Korean War.) Upon his return, he earned his Master’s Degree, majoring in Wildlife Management at the University of Missouri (Columbia.) He married Sheila (Uerling) in 1958 and they moved to Oakes, North Dakota where his storied career as a wildlife biologist began with the ND Game and Fish Department. Soon after, he fulfilled his dream of becoming a father. Daughters Julie and Karen have been forever blessed by his tender, loving, unconditional love, support and encouragement.  An avid waterfowler, Harold enjoyed a successful career as a wildlife biologist with the US Fish and Wildlife Service (Northern Prairie Wildlife Research Center in Jamestown, ND) for over twenty years. Time with his family was his greatest delight; hunting, woodworking, biking, gardening, camping, canoeing, cooking the birds from his hunts, canning the goods from his gardens, and reading also brought joy to his heart. He found his greatest spiritual connection and moments of peace when embraced in the quiet solitude of the Dakota Prairie.  Harold’s retirement years were spent traveling, attending his grandchildren’s significant life events, hunting in North Dakota and Canada, ice fishing, and the other activities that brought peace to his heart. His first book, “Wildfowling in Dakota 1873-1903” was published in 2003; his second book, “My Lifetime Among Waterfowl”, his personal hunting memoir covering 65 years, will soon go to press. An accomplished duck decoy maker, he hand-carved and painted over 200 unique pieces of art, most of which were gifted to family and friends.  In 1989, Harold married June and they resided in Fergus Falls, MN for 32 years. June and Harold enjoyed many hunting trips; especially in Canada hunting sandhill crane. Harold and June also visited Green Valley, AZ several times and enjoyed seeing sandhill crane at Wilcox, AZ. Harold enjoyed many family events with June that included times at lake homes and pontoon rides. Harold and June also had fun canoeing the Ottertail River. At their home in Fergus Falls, they had a large yard with both vegetable and flower gardens as well as bird houses and feeders that were visited by many species of birds.  Harold is survived by his wife, June Duebbert (Fergus Falls, MN); daughters Julie (Tracy) Nelson Wanzek (Jamestown, ND) and Karen (Mike) Eischens (Excelsior, MN); their mom, Sheila Duebbert; grandchildren Jessica (James) Duletski, John (Brooke) Eischens, Jared (Jessica) Nelson, Scott Eischens, Steve Eischens and Josh Nelson; great-grandchildren Josephine and Charlotte Duletski; Leo Eischens; Gavin Toop, Kenley Toop and Haisley Nelson. Also mourning the loss of Harold are June’s family, Jodie and Robert Westland, Michael and Cheryl Nelson, Mark and Debra Nelson, Robert and Sioban Nelson, along with eight grandchildren and three great-grandchildren.  Memorials are preferred to Nature Conservancy, Ducks Unlimited, Prairie Chick Society, Prairie Wetlands Learning Center, and North Dakota Chapter of Wildlife Society.  Memorial service to be held Spring 2022 on the North Dakota Prairie that Harold loved. A memorial service will also be held in Fergus Falls in the near future.  Arrangements are with Olson Funeral Home in Fergus Falls.  Online condolences may be sent to www.olsonfuneralhome.com 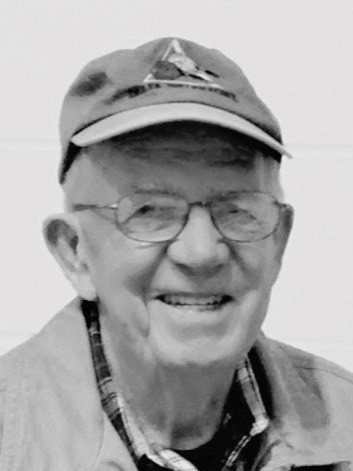