On Monday, June 13, 2022, Keaton Ried Sundeen, passed away at the tender age of nine years old.

Keaton, Daniel and Jennifer’s first child, was born on June 12, 2013, in Jamestown, ND. Keaton was an affectionate little boy with a love for Marvel superheroes, especially Captain America, Paw Patrol, and reading, his favorite book series including Captain Underpants and Bad Guys. He particularly loved building Legos and wanted to be a scientist and basketball player when he grew up.

Keaton had just completed 2nd grade at Roosevelt Elementary School where he earned a spot on the honor roll all four quarters. He enjoyed taking piano lessons, participating in gymnastics and was a proud Wolf in Cub Scouts. He loved telling jokes, making people laugh, learning whenever he could and sharing his knowledge with everyone. Keaton loved the rainbow and his favorite color was red, because it was the first color of the rainbow.

Keaton has two younger siblings, Merek and Fiona. Fiona says that, “Keaton was a good brother who taught us how to do many things.” Merek really enjoyed all the games that Keaton taught him to play.

Keaton was diagnosed with a malignant brain tumor on May 6, 2022 and spent the month of May at Mayo Clinic in Rochester, MN receiving radiation therapy. Post-radiation scans showed that the tumor had shrunk and Keaton was improving, however, after traveling to Florida on June 11 for a family vacation, Keaton’s health started unexpectedly declining.

After being admitted to Arnold Palmer Children’s Hospital in Orlando, FL, doctors discovered Keaton’s brain was bleeding and, due to his current condition, there were not many options for treatment. Keaton was held in his parent’s arms as he went home to the Lord.

A funeral service will be held on Saturday, June 25, 2022 at St. Paul’s United Methodist Church, 1000 5th Ave NE, Jamestown, ND at 10:00 am. Donations can be made at First Community Credit Union to Keaton Sundeen Benefit, account number 113336. 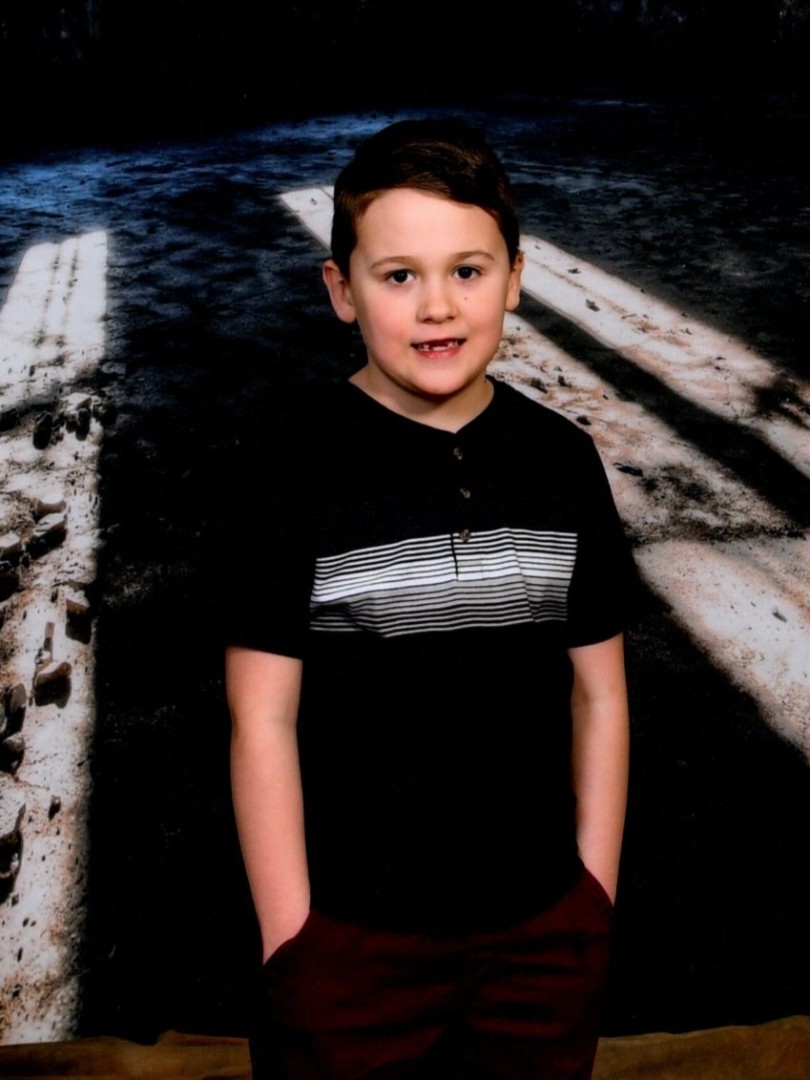