Lillian was born on August 19, 1935 in Fredonia, North Dakota to Fred and Edna (Radke) Vogel, the fourth of six children and their oldest daughter. She was raised on the family farm and received her education in Kulm, graduating from Kulm High School in 1953.

After finishing school, Lillian attended Valley City College, graduating with a teaching certificate in 1955 and began teaching 7th grade, first in Napoleon and then Ypsilanti. On July 8, 1956, she married the love of her life Rueben Junkert. Their partnership was a nearly perfect one: she provided a steady foundation and he brought her laughter, lightness and a sense of adventure for even the most ordinary events.

After living briefly in Texas and Colorado Springs when Rueben served in the Army, Lillian and Rueben returned to North Dakota to make their home in Jamestown. Her love of learning inspired her continued career in education, with office jobs at Fountain Valley School in Colorado Springs and Jamestown College before taking a break to stay home with her girls. When her daughters began elementary school, she opened Valley Kindergarten in 1969 with dear friend Bernette Rempfer, and over the next ten years taught hundreds of young children, instilling in them the same love of learning she carried throughout her life.

Lillian began her second career at Hi-Acres Manor in 1980, starting in the activities department before moving to work as the bookkeeper for the next twenty-two years. She often said working with young children and elderly nursing home residents brought her equal satisfaction and joy.

An active member of the community, Lillian participated in a wide variety of service organizations including the Jaycee’s, Elkettes, Order of Eastern Star, and volunteered at Jamestown Hospital, Frontier Village, Eventide and Ave Maria. A dedicated member of St. Paul’s United Methodist Church for more than sixty years, she served as a Sunday School teacher, financial secretary, member of Sojourner’s Circle and sang in the choir – which might have been her favorite given her abiding love of music.

Lillian chose to be outdoors whenever she could. She loved gardening, long walks, traveling with Rueben, and caught more fish than just about anyone, cleaning them with skill and serving them up alongside an endless array of side dishes. She entertained with ease, inviting family, friends and neighbors into her home and out to the cabin for dinners, parties and holiday gatherings.

Lillian’s most important role – in fact, her passion and greatest joy– was that of caregiver. It was evident in the way she raised her daughters, was a partner and helpmate to Rueben for 56 years, looked after her aging parents and in-laws, adored babysitting for her grandchildren and great-grandchildren, nurtured a wide circle of friends, and looked out for her neighbors by serving as a neighborhood watch of one. Her care may have been accompanied by an additional dose of advice or opinion about the right way to do things, but it was always rooted in the love she had for those she cared about.

Lillian is survived by daughters Charlene Briner of St. Paul, Minnesota, Pamela (Verlyn) Feigert of Jamestown, her five grandchildren Christopher Feigert, Jessica (Brandon) Tripp, Alexander Briner, Nicholas Briner and Nathaniel Briner, eleven great-grandchildren, special friend Jeff Briner, and countless other friends. She was preceded in death by husband Rueben Junkert, parents Fred and Edna Vogel, in-laws Gottlob and Elsie Junkert and brothers Ervin and Lawrence. She will be dearly missed by those fortunate enough to have been blessed by her presence in their lives. 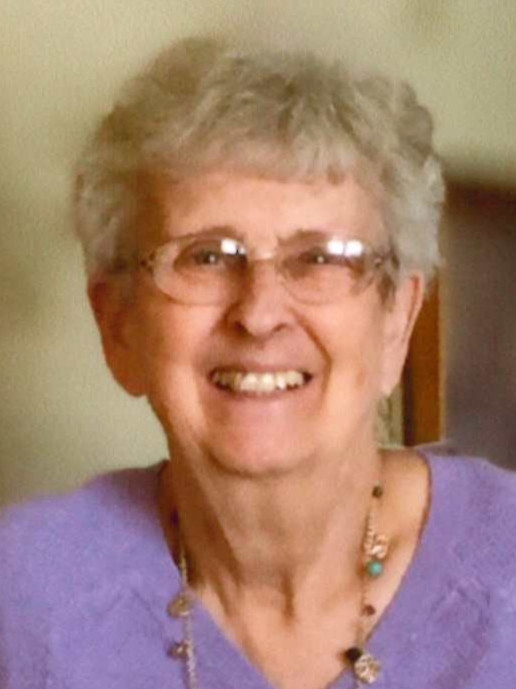