She was born April 20, 1929, to August Vilhauer and Anna Mary (Jundt) in Hosmer, South Dakota. She attended rural McPherson County School and went on to attend North Central Bible Institute, Minneapolis, Minnesota, for one and one half years.

She married Valentine Rueb on October 22, 1948. After farming for several years in the Streeter, North Dakota and Hosmer, South Dakota areas, they moved to Jamestown in the fall of 1954 and made a new home for the family. She worked at the state hospital, Ranch House Motel and as an independent house-keeper until she retired.

Interment will be held at the Streeter Cemetery in Streeter, ND following the reception.

Eddy Funeral Home is in charge of arrangements 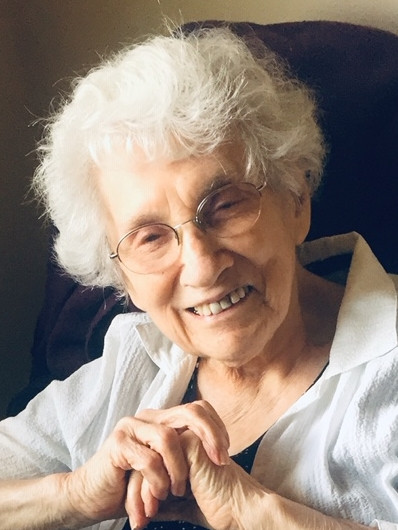